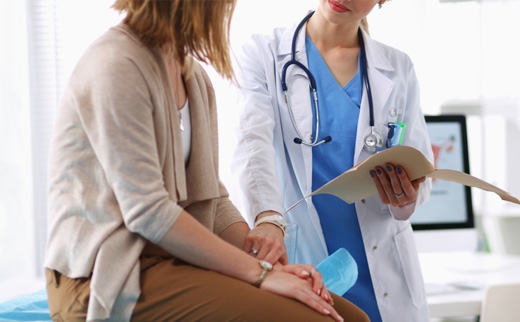 What is IVF treatment?

Louise Brown, born in England in 1978, was the first such baby to be conceived outside her mother's womb by In vitro fertilization (IVF) treatmentknown as "test-tube babies. "It has been 36 years that time many couples who would otherwise have been unable to conceive have benefited IVF. To date, around 5,000,000 babies have been born worldwide through IVF treatment and related procedures.

IVF involves combining eggs and sperm outside the body in a laboratory, however in the process of artificial insemination -- in which sperm is placed in the uterus and conception happens otherwise normally. Once an embryo or embryos form, they are then placed in the uterus.

However, along with any medical procedure, there are risks and many women are understandably concerned about the impact of IVF treatment on their long-term health. Hormone-related cancer risks are of particular concern. In this blog post, I will address the association between IVF treatment & fertility medicines and the risk of cancers of the breast, ovary, endometrium and other cancers.

How is IVF treatment done?

The firststep in IVF involves injecting hormones daily to stimulate the ovaries for producing multiple eggs. Timing is important; the eggs must be retrieved just before they emerge from the follicles in the ovaries. When the eggs get mature it is time to retrieve. During the egg retrieval procedure, we will locate the follicles in the ovary with ultrasound and remove the eggs with a hollow needle. The procedure usually takes less than 10-20 minutes.

The ovulation induction duration takes approximately9-12 days depending on ovarian response. After retrieval, eggs arefertilised with the husband’s sperm. The embryos stay inincubator 3-5 days. The last step is embryo transfer. The total time of IVF treatment is approximately 15-17days depending on ovarian response to stimulation and day 3 orday 5 embryo transfer.

What Causes of Infertility Can IVF Treat?

IVF is the first step in the treatment of infertility in cases of complete tubal blockage. IVF treatment is reserved for cases in which other methods such as fertility drugs, surgery, and artificial insemination have not worked. IVF may be an option if you or your partner have been diagnosed with:

What fertility drugs are used for IVF?

These tablets are taken orally, usually on days 2-6 of the menstrual period. Theysend a message to the pituitary gland, for secreting more follicle stimulating hormone (FSH). With higher levels of FSH in the body, egg production and ovulation are improved. Most women will respond to anti-estrogens and ovulate within the first three to four cycles.

Clomiphene Citrate, Letrozole or Tamoxifen medicines are also used for patients having IVF, to help stimulate the growth of many follicles.

GnRH agonists are drugs that can help to stop premature ovulation and increase the chances of pregnancy during IVF treatment. They work by reducing the body’s release of LH (luteinising hormone) which triggers ovulation. GnRH drugs are usually prescribed in combination with ovulation stimulation medications. They are given in the formof injections or as a nasal spray.

GnRH antagonists are also used to prevent premature ovulation and are used in combination with follicle stimulating hormone (FSH). Their action is short-lived and daily injections are needed to maintain their effect.

GnRH antagonists are injected under the skin once daily, usually starting on day 6 of FSH administration, or when follicles grow to approximately 12-14 mm in size. Treatment is continued daily until the follicles have reached maturity.

Follicle stimulating hormone (FSH) injection isremarkably similar to the natural FSHhormone and stimulate the ovaries to produce more follicles than usual in a natural cycle. This results in super-ovulation, so more eggs can be collected for IVF.

FSH is delivered injections under the skin. Normally FSH injections use takes for 8 to 12 days. This will vary depending on the response of the ovaries. We will prescribe your dose and, if you need more than one treatment cycle, we will review the dose to achieve the best possible stimulation.

hCGis used in women undergoing stimulated intrauterine insemination(IUI) and IVF treatment. In IVF patients receiving FSHinjectionsand GnRH agonists or GnRH antagonist, hCGinjectionis givento trigger ovulation. By using hCGinjection we can time ovulation precisely and can collect eggs approximately 36 hours after the hCG injection before they are released by the ovary.

Progesterone is normally produced in the second half of the menstrual cycle and during the first weeks of a pregnancyby the ovaries. Progesterone isused after embryo transfer to ensure the lining of the uterus is optimal for implantation. Progesterone is also used in combination with estrogen tablets in frozen embryo cycles.

If you are pregnant, you need to continue progesterone for approximately 8 weeks after the pregnancy test. Progesterone is administered vaginally because this achieves the most effective absorption of the drug.

Does the IVF treatment have cancer-causing effect?

There is no evidence to suggest a direct cause relationship between IVF treatment and cancer risk regardless of the number of treatment cycles or the type of fertility drugs used. The risk of cancer might be elevated in women having IVF because of the women's subfertility status.

Some conditions, as anovulation, endometriosis and nulliparity accompany infertility and these might increase the risk of cancer. Additionally, most of these cancers are rare and tend to occur several years after the time of fertility treatment, making proof of causal relationship difficult.

The studies show that fertility treatments do not increase the risks of invasive ovarian cancer, malignant melanoma or cancers of the endometrium, cervix, breast, thyroid, or colon.

Do the drugs used in IVF treatment have cancer-causing effects?

Concerns exist regarding long-term risks of fertility medications causing cancer, since despite their multiple modes of action, all can induce multiple ovulations and alter hormone production. Some cancers, including female reproductive and breast cancers, are hormone dependent. On the other hand, infertility per se is a risk factor for certain cancers including those of the breast, ovary, and uterus.

Many studies have shown no significant increase in ovarian cancer following the use of fertility drugs when compared with infertile controls and/or the general population. Women who received ovarian stimulation for IVF do not have an increased risk of malignant ovarian cancer, not even in the long run.

No link was found between ovarian cancer and anti-estrogen drugs (Clomiphene Citrate, Letrozole or Tamoxifen medicines).

Astudy published November 2020 in Journal of the National Cancer Instituteanalysed data from the Netherlands to compare more than 30,600 women who received ovarian stimulation for IVF between 1983 and 2001 and nearly 10,000 infertile women who didnot receive such treatment.

After a median follow-up of 24 years, the women had 158 invasive cancers and 100 borderline ovarian tumours. Significantly, women who had IVF did not have a higher cancer risk than infertile women who did not have IVF even after more than 20 years had passed.

Compared with women in the general population, women who used IVF did have a higher ovarian cancer risk. This was explained as because a higher proportion of women who received IVF never had children. Childlessness has been shown to be a strong risk factor for ovarian cancer.

Ovarian cancer typically presents much later in life, a woman should always remind her doctor that she did fertility treatment so that proper surveillance can be performed, as new studies may shed greater clarity on the long-term risks.

The baseline risk to be diagnosed with breast cancer in their lifetimes is 1 in 8 for all women. Breast cancer is a hormone-dependent malignancy. Since the drugs used for ovulation induction as part of IVF treatment increase the levels of endogenoushormones, people are concerned that fertility drugs could increase the risk for these cancers.

Overall, there is no clear evidence that ovulation stimulation or IVF increases the risk of breast cancer. Several studies have followed women at least 30 years after fertility treatment and have still seen no increase of incidence. However, nulliparity, infertility and late age at first childbirth, women with a positive family historyare all risk factors for breast cancer.

Risk factors for endometrial cancer include polycystic ovarian syndrome (PCOS) hyperinsulinemia, anovulatory infertility, obesity, age, which are causally linked to ovulation problems, can cause unopposed estrogen, thereby making the background risk for cancer higher than in the general population. Fertility treatment, however, uses both estrogen and progesterone, therefore it is not considered unopposed in most cases.

Many studies have assessed the association of endometrial cancer with IVF treatment, and a majority showed no increased risk of cancer for any type of drug used for fertility.

Other cancer risks from IVF and fertility drugs

Malignant melanoma, cervical, thyroid and colon cancers, and non-Hodgkin lymphoma were also not found to have sufficient data to suggest that they would be causally related to fertility treatment.

Be vigilant to reduce your cancer risk

It does not the fertility treatments and medications affecting the risk of cancer when used properly, but the women's characteristics including their infertility status and the risk other factors on hormone dependent cancers. To reduce the cancer risks, follow cancer reduction strategies such as less alcohol, less red meat, more exercise, and attention to maintaining a proper weight.