How are IVF injections administered? 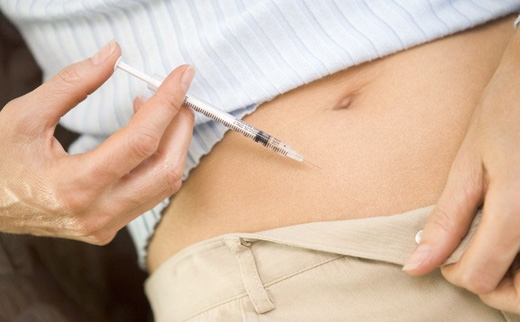 How are IVF injections administered?

Infertility is defined as a couple's inability to become pregnant within one year of unprotected intercourse. Approximately 15 percent of couples who are trying to conceive are infertile. Before any infertility treatment begins, a woman and her partner should undergo an evaluation to determine the best course of treatment. This evaluation may include a complete history and physical examination, a semen analysis (for men),blood testing, and other tests depending upon the individual situation. IVF, or in-vitro fertilization treatment, is a highly successful method to help couples who struggle with infertility to get pregnant.

Controlling the number of growing follicles is one of the key issues of ovarian stimulation in women who do proceed to IVF treatment, because the follicle number on the day of hCG administration (ovulation trigger) is the main determinant of both pregnancy rate and risk of complications. However, there is so far no definite consensus on the most appropriate number and size of follicles to be recruited in these situations. Meanwhile, risks of ovarian hyperstimulation syndrome (OHSS) are simultaneously increased with the number of growing follicles.

Which medications are used?

GnRH Agonists and GnRH Antagonists: They work by suppressing natural hormone production (LH Hormone) to prevent ovulation from occurring prematurely. These medications are given by subcutaneous injection.

Gonadotropins: Gonadotropins are fertility medications given by injection that contain Follicle Stimulating Hormone (FSH) alone or combined with Luteinizing Hormone (LH). They are used to stimulate your ovaries to develop and mature follicles and ultimately eggs. They are usually given subcutaneously.

When are Gonadotropins given to stimulate ovaries?

Follicle stimulating hormone (FSH) alone or combined with Luteinizing hormone (LH) are given in an injection to stimulate a woman's ovaries to produce follicles, which contain an oocyte (egg).

FSH hormone stimulates the growth of an ovarian follicle in the ovary before the release of an egg from one follicle at ovulation. It also increases estradiol production. For ovulation induction therapies higher doses of FSH hormone is used to stimulate more than one follicle. As the FSH dose increase the number of growing follicles increase.

Most gonadotropin preparations used for infertility treatment are produced in a laboratory (called recombinant preparations) and some of them prepared and purified from the urine of menopausal women and must be injected under the skin to be effective.

Gonadotropins are used for ovarian stimulation in three main settings:

Which gonadotropin protocol is appropriate for you?

There are a number of protocols for the type, dosing, and timing of ovulation induction with gonadotropins. The protocol used will depend on the woman's clinical situation and her doctor's preferences.

What cycle day do you start FSH injections?

The protocol described below is an example and may differ due to the patient’s clinical status:

How long does FSH injections take to work?

Women vary considerably in their response to follicle-stimulating hormone (FSH) injections. Some women require only small doses of FSH to stimulate follicle growth. Other women require larger doses of FSH to stimulate follicle growth. The length of the time depends on the IVF protocol chosen for you and your ovarian response to these injections. Typically, patients receive injections for 8 to 10 days, but some women must continue for a few days more.

How FSH injections are monitored?

The term monitoring means close continuous observation for a patient's initial parameters and her own ovarian response to ovulation induction.

The example described below may differ due to the patient’s clinical status:

How many follicles are normal?

Where Are IVF Injections Given?

In IVF treatment, fertility preservation requiring egg retrieval (egg freezing),or ovulation stimulation, you will use a number of medications, many of which will be given via injection. It is useful for you to learn how to prepare these drugs yourself. We will give you specific instructions about the medication and injections and teach you also how to do your own injections. You may also ask a friend, partner or spouse to give them to you. Always use these medicines exactly as your doctor has told you.

Like insulin injections the needle is very small, and it does not have to go far into the body. It is recommended that you perform the injection in the front of the thigh or into lower abdomen. Wipe the area with an alcohol wipe, take the cap off the syringe, pinch and pull the skin up on the abdomen, hold the syringe steady. Insert the needle in, pull the piston back a little and then inject the drug. If there is little bleeding, then wipe the area with alcohol and press down on the spot. The most common medications administered using subcutaneous injection are gonadotrophins, GnRH Agonists and GnRH Antagonists, human chorionic gonadotropin (hCG-trigger shot).

How IVF injections are prepared?

There are different types of injection drugs. The injection device will depend on the specific fertility drug prescribed. The first injection should be given under supervision of your doctor. Your doctor or nurse will show you how to inject before you can inject yourself.