How does PCOS affect your fertility, health and quality of life? 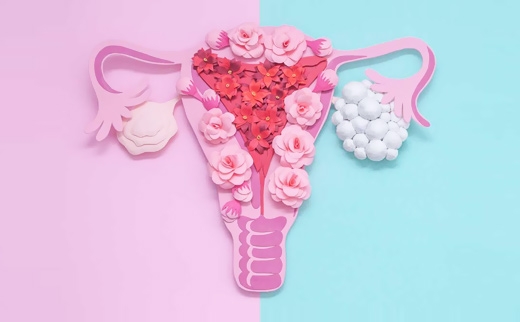 Polycystic Ovary Syndrome (PCOS) is a treatable cause of infertility that affects 1 in 10 women of childbearing age. Hormonal imbalance and metabolism problems may also affect overall health and appearance of PCOS women.

What is Polycystic Ovary Syndrome (PCOS)

A uniform definition of PCOS does not exist, in large part because of its diverse and heterogeneous nature. It is clear to us, however, that the disorder is an endocrinopathy, and that it should be referred to as PCOS, a syndrome, rather than a disease.

PCOS is the primary cause of hyperandrogenism (androgen excess) and rare or absent ovulation at the reproductive age and is often associated with infertility and clinical and metabolic disorders.

Polycystic ovaries refers to the many partially formed follicles on the ovaries, which each contain an egg. These rarely grow to maturity or produce eggs that can be fertilised.

What percentage of the population has PCOS?

PCOS impacts women of all races and ethnicities who are of reproductive age. In unspecified populations the prevalence of PCOS has a reported incidence rate of 3–10%. The prevalence of PCOS varies depending on which criteria are used to make the diagnosis, but is as high as 2.2-26%. Up to 10% of women are diagnosed with PCOS during gynecologic visits.

World Health Organization (WHO) estimates that PCOS has affected 116 million women (3.4%) worldwide in 2012. The prevalence of infertility in women with PCOS varies between 70 and 80%.

The exact cause of PCOS is currently not known. Several factors may influence the onset of PCOS, including genetics.

Ovulation is the process where the ovaries develop a mature egg that is then released into the uterus and can be fertilized by sperm. Normally, in humans, only one egg is released at one time during the menstrual cycle. The egg ruptures from the ovary on the 14th to 16th day of the approximately 28-day menstrual cycle.

If this egg is not fertilized, two weeks after ovulation menstruation starts. In Polycystic Ovary Syndrome, woman may ovulate less frequently or predictably, they are not ovulating every month.

PCOS is caused by an imbalance in the hormones with brain and the ovaries. PCOS usually

happens when levels of Luteinizing hormone (LH) secreted from the pituitary gland or levels of insulin secreted from the pancreas are too high, which then stimulate the ovaries to produce extra amounts of testosterone. Many women with PCOS also have insulin resistance.

Higher levels of androgens or male hormones are likely to interfere with or even halt normal ovulation, in part, by altering levels of LH and gonadotropin-releasing hormone, both of which are involved in the maturation and release of the egg. High amounts of androgens, can also cause extra hair growth and acne, which are consistent symptoms of PCOS.

The symptoms can vary significantly between women and many women do not have the same symptoms. PCOS is however one of the main causes of female infertility. Some of the symptoms of PCOS are;

How is PCOS diagnosed?

There is no single test to diagnose PCOS. Medical history is taken, physical and gynaecologic exam and ultrasound is performed and some tests are done to help the diagnosis of PCOS and rule out other causes of the symptoms. These are;

Physical exam: Signs of high levels of androgens such as excess hair growth and acne on body, skin discoloration, any hair loss or signs of other health conditions (such as an enlarged thyroid gland) is evaluated. Blood pressure, height and body weight and waist size is measured.

Blood tests: Blood tests check androgen hormone levels and LH (often in conjunction with a higher LH to FSH ratio) and hormones related to other common health problems that can be mistaken for PCOS, such as thyroid disease. Hormone levels may vary considerably and are best assessed early in the menstrual cycle. Blood tests may also indicate a change in blood glucose and insulin levels.

After other conditions are ruled out PCOS is diagnosed at least two of the following symptoms are present:

• Irregular or absent periods,
• Signs of high levels of androgens:

• Higher androgens blood levels,
• Multiple cysts on one or both ovaries on ultrasound.

Is PCOS related to other health problems?

Women with PCOS are more likely to develop certain serious health problems. While PCOS itself is not life threatening, those who have it are at higher risk for other more serious conditions such as type 1 diabetes, type 2 diabetes, and gestational diabetes, high blood pressure, problems with the heart and blood vessels, liver inflammation, and endometrium cancer.

Insulin resistance: Although 50%–70% of women with PCOS regardless of their weight (overweight and lean) have insulin resistance, obesity and overweight status contribute to insulin resistance. Insulin resistance and elevated serum LH levels are associated with an increased risk of metabolic syndrome, hypertension, dyslipidemia, glucose intolerance, and type 2 diabetes and cardiovascular events. PCOS are more likely to have increased coronary artery calcium scores and increased carotid intima-media thickness. Meanwhile, insulin resistance can produce skin changes (like skin tags and darkened areas) and contributes to undesirable and stubborn weight gain, which makes other PCOS symptoms worse.

Diabetes: More than half of women with PCOS will have diabetes or prediabetes (glucose intolerance) before the age of 40.

Sleep apnea: Many women with PCOS have overweight or obesity, which can cause sleep apnea (momentary and repetitive pauses in breathing during sleep). Sleep apnea raises the risk of heart disease and diabetes.

Endometrial cancer: Problems with ovulation, obesity, insulin resistance, and diabetes (all common in women with PCOS) increase the risk of developing cancer of the endometrium.

It is known that relative estrogen excess due to ovulation disorders are involved in the etiology of benign breast diseases, since mammary gland growth is influenced by a critical balance between estrogens and progesteron action. Women with PCOS may be followed more closely than women without PCOS; this may include screening for breast cancer and benign breast diseases. Although some small studies have shown that a lack of ovulation in PCOS patients is linked with an increased risk of breast cancer, other studies have not shown an association.

Some studies has shown that risk of cancer of the endometrium (the inside lining of the womb) is higher in women with Polycystic Ovary Syndrome (PCOS) than it is for women without PCOS. Chronic unopposed estrogen exposure due to irregular periods, or a lack of periods, and ovulation problems can cause the endometrium become thicker. This may be confounded by obesity, hypertension, and diabetes, which are known correlates of endometrial cancer risk. They might develop endometrial hyperplasia and carcinoma therefore endometrium thickness should be screened in all women with PCOS.

Is it possible to get pregnant with PCOS?

As ovulation does not occur regularly, periods become irregular and increased levels of hormones such as testosterone can affect egg quality, inhibit ovulation, lead to insulin resistance. PCOS represents 80% of anovulatory infertility cases.

When the ovulation are not regular, it will cause irregular periods or absence of menstrual cycles, infertility, and development of ovarian cysts in women with PCOS.

PCOS woman may be more prone to miscarriages.

What are the risks of being pregnant with PCOS?

Obese women with PCOS may have an increased risk of these complications as compared to women who don't have PCOS:

In addition to improving reproductive and metabolic factors, the reduction in body weight may be associated with reduced incidence of complications during pregnancy and the neonatal period.

What are the lifestyle interventions for women with Polycystic Ovary Syndrome to increase their health and quality of life?

Infertility and risk of lifestyle-related diseases (obesity, metabolic, cardiovascular and psychological diseases) are the main health challenges associated with PCOS, both for the individuals affected by the syndrome, the healthcare systems and society.

To date, no treatment fully reverses or cures the symptoms of PCOS and lifestyle interventions are recommended as first-line therapy according to recent guidelines. Lifestyle intervention may improve the free androgen index (FAI),weight and body mass index (BMI) in women with PCOS.

Some studies have demonstrated positive effects in reproductive outcomes after exercise, with concomitant improvements in insulin sensitivity and/or visceral fat. Physical exercise has been shown to improve a number of factors and outcomes related to the health of PCOS women, increasing values in regard to ovulation rates, menstrual regularity, cardiorespiratory fitness, and reduction of mental disorders, while decreasing waist circumference and body fat.

A minimum of 150 min/week of moderate intensity physical activity or 75 min/week of vigorous intensities or an equivalent combination of both, including muscle strengthening activities on 2 non-consecutive days/week is advised for prevention of weight gain and maintenance of health.

A variety of balanced dietary approaches is recommended to reduce dietary energy intake and induce weight loss in women with PCOS and overweight and obesity. It is important to adapt diets to the food preferences of people, allowing a flexible and individual approach to reduce their daily energy intake and avoiding excessively restrictive and nutritionally unbalanced diets. To achieve weight loss in those with excess weight, an energy deficit of 30% or 500-750 kcal/day (1,200 to 1,500 kcal/day) could be advised for PCOS women, also considering individual energy requirements, body weight and physical activity levels.