What is Blocked Fallopian Tubes? 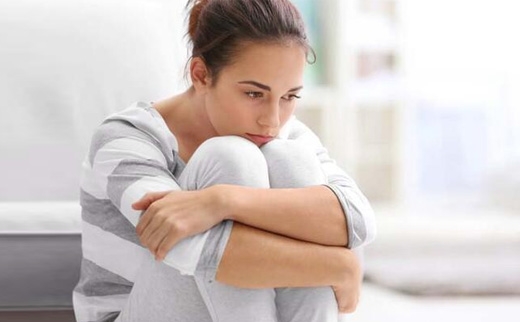 What You Need to Know About Blocked Fallopian Tubes

There are some tests that should be done in men and women who cannot have a baby naturally. Evaluating whether the uterus and tubes are healthy is as important as the assessment of ovulation and sperm analysis in the initial fertility consultation.

When a woman has a blocked fallopian tube, also known as tubal factor infertility. This can occur on one or both sides and is the cause of infertility in up to 30% of infertile women.

What are fallopian tubes?

The fallopian tubes also known as oviducts or uterine tubes are two thin tubes that are located on each side of the uterus which are important parts of the female reproductive system. They help to transport the mature egg from the ovaries to the uterus. The egg is fertilized by the sperm of the male in the inner space of the tube canals.

Procedures to block the fallopian tubes can be used as a form of permanent contraception or sterilization.

What is the function of Fallopian tubes?

Every month during ovulation, which occurs roughly in the middle of a menstrual cycle, fallopian tubes transport egg from the ovary to the uterus. The eggs are taken up by the fimbriae of the tubes which are located nearby the ovaries and then transported towards the uterus. The movement is directed both by the cilia of the cells of the inner canal of the fallopian tubes and by peristalsis, which is rhythmic contractions of the muscles of the tubes.

The sperm travel out from the uterus into the tubes. Fertilization occurs, in the middle part of the tubes called the ampulla. The fertilized egg then continues its movement towards the uterus. 5-6 days after it reaches the uterus and implants in the endometrium, and continues to develop, it becomes a uterine pregnancy. For this to happen, the tubes must be open and functional. However, when fallopian tubes are blocked damaged, obstructed, or congenitally closed, normal intrauterine pregnancy cannot occur. Fallopian tubes may be blocked for several different reasons, they may be damaged or swollen, or there could be damage to the actual structure of the tube preventing it from moving around freely or from moving the egg or embryo successfully along the tube.

There are many different potential causes of tubal disease. Common reasons for blocked fallopian tubes include scar tissue, infection, and pelvic adhesions.

What are the symptoms of blocked fallopian tubes?

Blocked fallopian tubes do not often cause symptoms and a woman does not aware that she has blocked tubes until she tries to get pregnant. Many women assume that if they are having regular periods, their fertility is fine.

The first “symptom” of blocked fallopian tubes is often infertility. If a woman cannot get pregnant after one year of trying (or after six months, if she is age 35 or older),her doctor will order a specialized X-ray (hysterosalpingogram-HSG) to check the fallopian tubes, along with another basic fertility testing.

However, some of the causes of blocked fallopian tubes can have their own symptoms. For example, endometriosis and pelvic inflammatory disease (PID) may cause painful periods and painful sexual intercourse.

In some cases, blocked fallopian tubes can lead to mild, regular pain on one side of the lower abdomen and unusual vaginal discharge, but not every woman will have these symptoms. This usually happens in a specific kind of blockage called a hydrosalpinx. This is when fluid fills and causes the tube to dilate (increase in diameter). The fluid blocks the egg and sperm, preventing fertilization and pregnancy.

How do you know if your fallopian tubes are blocked?

To determine whether the fallopian tubes are blocked, a laparoscopy, saline infusion sonohysterography (SIS or SHG) or a hysterosalpingogram (HSG) is done.

Can I still get pregnant with blocked fallopian tubes?

If one tube is blocked or, a woman can still get pregnant through the other tube naturally.

When you plan to get pregnant and if you learned that your both fallopian tubes are blocked or damaged, you would be pleased to know that there are two ways to get pregnant: